Home » News » The routes of raw materials and the role of maritime transport: President Cascetta at Port & Shipping Tech

The routes of raw materials and the role of maritime transport: President Cascetta at Port & Shipping Tech 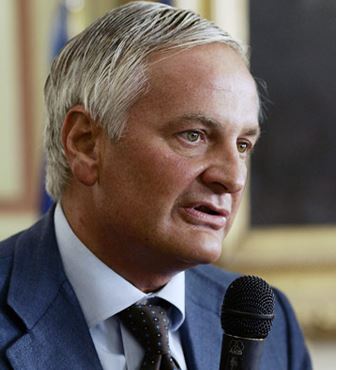 The post-February 24 world; hard-power in Europe and the Mediterranean; commodity routes and their carriers; new global traffic routes and regionalization; stop the disintegration of the southern shore of the Mediterranean; shipping in and across the Mediterranean. These are the main topics at the center of the meeting that opened the 2022 edition of Port & Shipping Tech, Main Conference of Naples Shipping Week, dedicated to the comparison between professionals on technological innovations aimed at promoting the development of the logistics and maritime system.

In the Med (and the world) is the title of the focus that took stock of the delicate geopolitical situation arose after February 24 2022, with the war between Russia and Ukraine which further complicated the global scenario already conditioned by the US-China opposition which is also having repercussions on global traffic and supply chains for raw materials. What will be the role of the Mediterranean in the new equilibrium that will arise from the war and, above all, what role will Italy be able to carve out in the Mediterranean? Will it be able to weigh not only its geographical location but, hopefully, also its geopolitical and economic weight? The discussion started from an analysis traced by the journalist Dario Fabbri, on the possible scenarios that will characterize the post-war world, with the isolation of Russia in Europe that  will presumably lead it to a dangerous embrace with China, which has expansionist aims towards the region of Siberia.

For Italy, the reorganization of energy supply strategies could mean the opportunity to transform itself into a hub for the distribution of hydrocarbons arriving from the countries of North Africa, the Middle East and Central Asia to the rest of Europe. Italy could also play a key role in the government process of the disintegration of the countries of the southern shore of the Mediterranean – explained Giuseppe Manna, geopolitical analyst, Storie D’Oltremare – perhaps in collaboration with other countries that have a strategic position in this area such as France and Spain. Particularly important issue because stability in the countries of North Africa is fundamental for a country like Italy, linked to the Mediterranean in an essential way, given that 20% of world trade passes through the seas around Italy and without the Mediterranean our country would probably die of hunger and cold.

Certainly in order to be able to carve out this strategic role it is necessary for Italy to resolve some critical issues determined by the evolution of the international scenario, which has profoundly impacted on the economic assets of our country.

From these premises, the speech by Ennio Cascetta- President of Cluster Trasporti- began, highlighting how the context of great uncertainty that has come to determine in recent years (not only with the Russia-Ukraine war) has put in crisis the transport system, the procurement of raw materials and the role of maritime transport in our country.

A crisis that means rapid changes, which could also represent an opportunity. Provided, however, that our country can prove to be resilient. Can we define Italy as a resilient country? Unfortunately – Cascetta stressed – being resilient implies the ability to act quickly and have control over strategic assets and from both these points of view Italy has strong gaps.

The economy of Italy is based on import-export: we are a country that imports raw materials and exports processed products, we do not produce raw materials, we transform. The only macroeconomic variables that are above 2009 levels in 2021 are exports (+ 10.8% also in the first half of 2022 compared to 2021) and national imports. Certainly, enormous uncertainties on the horizon weigh on this situation: inflationary pressures on energy goods, restrictive monetary policies, quotas of commodities and materials, geopolitical tensions and conflicts, the unknown health situation.

According to forecasts, the values ​​of baskets on energy goods and processing products should continue to rise throughout 2022 and only in 2023 should they slow down, however to values ​​well above the pre-pandemic, mainly caused by the global economic slowdown and therefore by the reduction in demand for raw materials and other commodities.

Italy does not have control of the major transport players

An economy with these characteristics weighs heavily on the profound uncertainty caused by the persistence of war scenarios, precisely in the areas of origin of the raw materials, not only Ukraine, but also the countries of North Africa and sub-Saharan Africa. Uncertainty that drives up the prices of raw materials and increases transport costs by up to 30-40%. This happens – underlines Cascetta – since the transport asset is mostly not under the control of Italian companies: as regards road transport, only 20% is controlled by Italian companies, 40% of Ro- Ro.

We do not have control of the major national players, so it is difficult to take steps to address this situation with adequate tools. Unlike what happens for example in France. To mitigate the expensive freight rates (in this case in the container segment) and inflationary pressures, and thus support the competitiveness of French companies, CMA CGM – the French national company – has decided to discount the rates for maritime transport of 40-foot containers loaded on the ships of its services and imported into France by all transalpine customers, also introducing a discount of 100 euros for all 40-foot containers exported by French customers. In light of this situation – Cascetta reiterated – it is necessary to promote national champions in the sectors of freight transport and logistics, able to compete with other global carriers (our goods are transported by others) and with the possibility, without questioning the profitability of a private company, to protect national interests in the face of global shocks.

Furthermore, the geopolitical uncertainty of some global areas combined with the increase in costs and the unreliability of international transport should accelerate the phenomena of re-shoring, near-shoring and friend-shoring. A Bank of Italy survey conducted in the spring of this year shows that about 20% of the companies interviewed are considering the replacement of foreign suppliers with suppliers from Italy or with self-production (re-shoring) or with others geographically close (near-shoring) foreign suppliers. However, only 2% will carry out such processes with certainty. On the other hand, supply diversification strategies seem more probable (about 60% of companies are planning an increase in the number of suppliers) and a different warehouse management (about 50% of companies foresee an increase in inventories of production inputs, 40% of semi-finished and finished products). In light of this situation – concluded Cascetta – Italy should strengthen the regulatory tools for the incentive of industrial settlements (eg. ZES, ZLS) and support public agencies in internationalization for the search for new suppliers.